Nick’s dad works at Ice Harbor Dam, and he was kind enough to take a Friday afternoon with a couple of his coworkers to give a big group of us, about 12, a tour of the facility.

We got there around midday and started with the standard museum tour for the general public. There was a viewing area where we could see the fish traveling up the fish ladder, being counted, see a model of the dam in cross sections, etc. Except that we had the maintenance guys with us so we could ask much more technical questions. Then we got to see a presentation by them showing what the dam does, how it works, how they are funded and do research and provide electricity. There were some really interesting parts. For instance, they lose millions of dollars of potential energy generation because of the fish runs, and they’ve made the dam pretty safe for the fish, too. For all the dams they showed, their worst fish survival rates were in the low 90%s, and most of them were above 95% and close to 97%. Then we got to take the real tour of the place. The dam is gigantic, and there was a lot to see. There was the main floor where 6 generators crank out megawatts of power. We got to actually go inside the generators and see the shafts turning and hear the rushing water that was all around us. Then we went out and saw the spillways up close where they were coming down and hitting the river below. After that we went back inside to go deep into the bowels of the dam on the lowest floors. There was a walkway where we saw tiny oozes (they could hardly be called leaks) of water and mineral deposits. 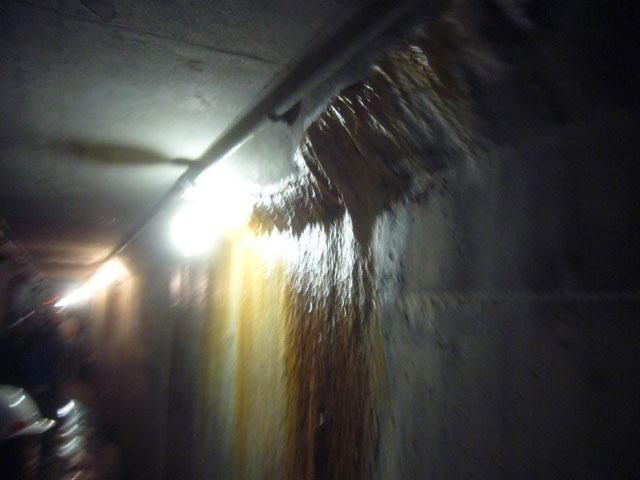 There were doors to the underside of the generators, too. When the water goes past the turbine it falls down through a shaft, then goes out. The doors were underneath the turbines, and were bolted shut every couple inches around the frame. Occasionally they shut the turbine down and open the door, putting a frame piece by piece through the door so they can work on the turbine from underneath. It was pretty cool and I bet would be pretty interesting to do. 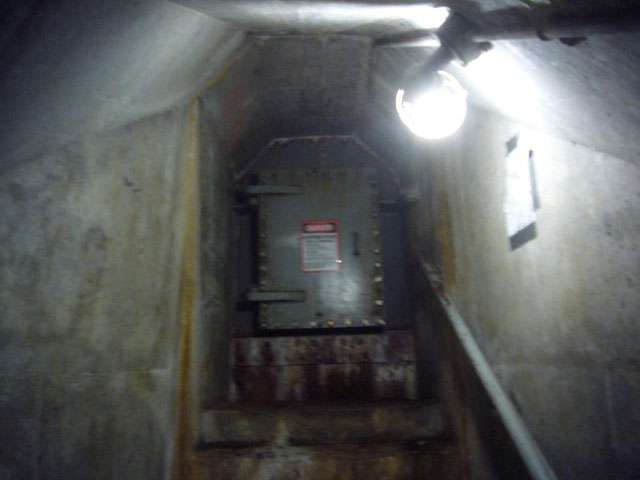 After the basement, we went to the very top. I took the stairs. On top of the dam we had a great view over everything, and we could see the spillways from above, where it was amazing how fast the water was moving and how silently. It was a beautiful silky motion that was completely different from the tumultuous end at the bottom of the dam. We walked to the other end and saw the enormous lock and heard some interesting stories about it. Since the general public can use the lock, there are some people that do stupid things in there.

We had spent most of the afternoon there, over three hours, and it was time to get back. We thanked everyone and returned our hard hats and left. I’m glad we got to take the tour. It was amazing to see. 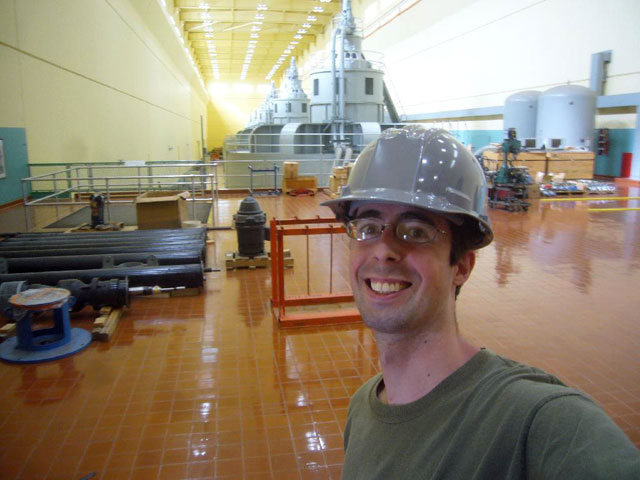