This weekend was simply amazing. Thursday night I got home from Albuquerque. Friday night I went to Kimo’s for a little salsa dancing, but there was nobody there, so I had one dance, said hi to the band (they know me by name now), and went back home to pack for Saturday.

Saturday I was up early. I finished packing, had a light breakfast, and drove to Nick and Carolyn’s place. Nick had borrowed his parents’ RV for the five of us to go to Mt. St. Helens over the weekend. We started our drive and went down through the Columbia gorge to Portland, then up and back east towards the volcano. We had to take the indirect route because we had to stop at a particular store to get our passes to climb the mountain; otherwise it would have taken a lot less time to get there. We arrived at the Ape Caves at around 2pm. The Ape Caves (named after the boy scout troop that discovered them) are lava tubes formed many many years ago. They’re basically tubes about 20 feet in diameter underground. They go pretty straight with a few curves and a gentle slope, but there are parts that get a little tight, and other parts where the roof collapsed and some climbing around boulders is required. It was the second time I’d done it, and I had some ideas to take advantage of the photographer with us. One of my favorite shots was the one where I made it look like I was falling down a deep shaft. We also played around with some light painting to do a neat exposure that has three of me. And of course we did the normal jumping picture. The Ape Caves were just as much fun the second time as the first, and it was nice to be in a place that was 40ish degrees after being in the hot RV all day. 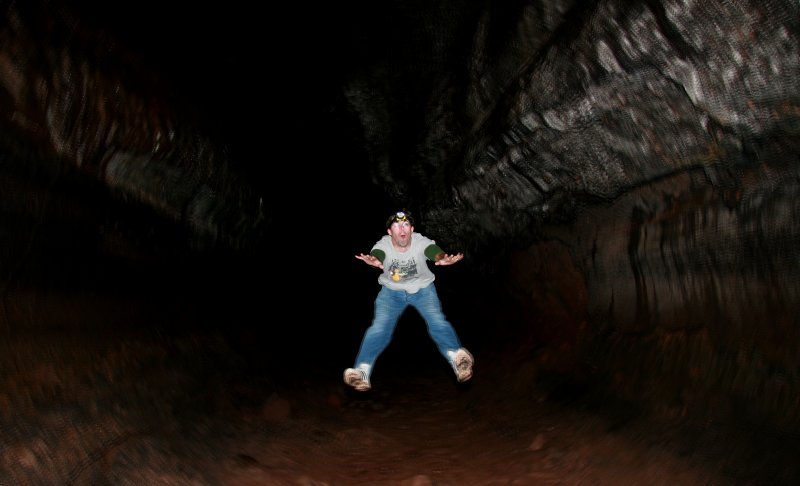 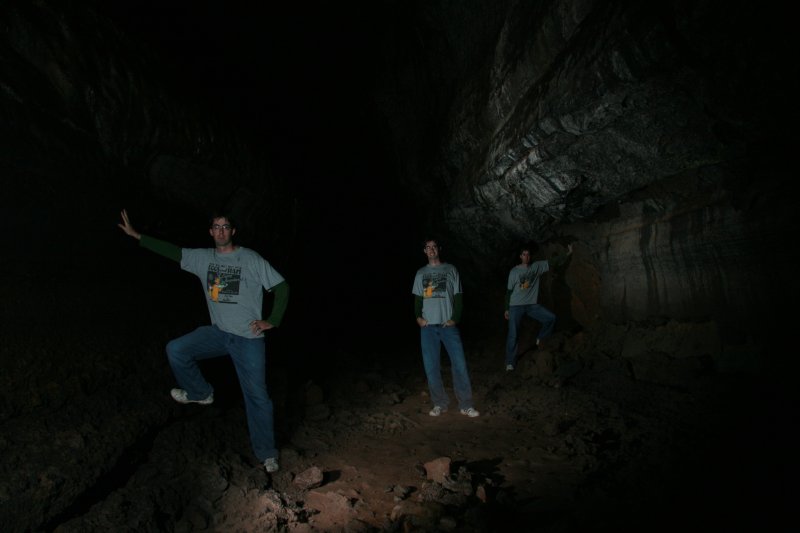 After the Ape Caves, we drove to Climber’s Bivouac, which was at the trailhead to Mt. St. Helens. Carolyn made spaghetti, nick made the salad, and we had the rice krispie treats I made for dessert (this time I added peanut butter and chocolate chips. yum.). We watched some Simpsons on my phone before bed. Unfortunately, I didn’t manage to sleep at all, which was extremely frustrating, considering what was ahead the next day.

We got up at 6am, changed, packed for the day, and had oatmeal for breakfast. We met Carolyn’s friends at the trailhead and started our ascent. The first 2.1 miles was an easy hike through the trees. We only gained 1000 feet of elevation, and it was a comfortable warmup. Once we got to the tree line, things changed immediately. The trail turned into a series of occasional posts, and the terrain turned into large boulders. For roughly two miles and 2000 vertical feet we ascended through the boulders, scrambling more than hiking. The wind was pounding and kept blowing dust into my eyes. The last 1000 vertical feet and half mile was more like big dirt, or tiny rocks. Every step up was followed by a couple inches of sliding, which was not helped by our fatigue. We slugged through it, and I was the first one to the top. I took out my tripod (yes, I carried a tripod the whole way), and took a bunch of pictures. It was very cold, and the tripod kept trying to blow over, but it was great. I also pulled out my PBJ and had the best sandwich ever on top of the volcano. In all, I was at the top of the mountain for about 1 1/2 hours. Then we made our descent. Because of the boulders, it wasn’t much faster going down than up. The top bunch was easy; I wrapped my jeans with duct tape around the bottom to keep the rock from getting into my shoes and ran down the mountain. There was a glacier that I tried to glissade, but it was covered with a light layer of dust that prevented sliding. Once we made it to the treeline, I changed into my shorts and cleaned out the few rocks that had managed to infiltrate my shoes, and we finished the hike back to the bivouac. We spent a total of 9 1/2 hours from when we left the trailhead to when we returned to it. I spent a lot of time waiting on the trail, though, so I think I could have done it in significantly less time, but I had fun with my friends, so I wasn’t concerned about attacking the mountain quickly.  From the bivouac, we cleaned up a little and drove back, stopping at a Mexican restaurant along the way and arriving at home at 11:30.

I got a bit of sun and my lips got windburned, and I was a little sore the next day, but in surprisingly good health. It was definitely a memorable experience, and I’m so glad I went. From now on, whenever I see the volcano on TV I can say “I was THERE.” I could see the lava dome, the devastation on the other side of the mountain from the 1980 eruption, and the massive scale of the mountain. It was also a little challenging. There are some things I’ll do differently the next time I go for a big hike like this, but for the most part I did things very well and had a great time with some great friends. 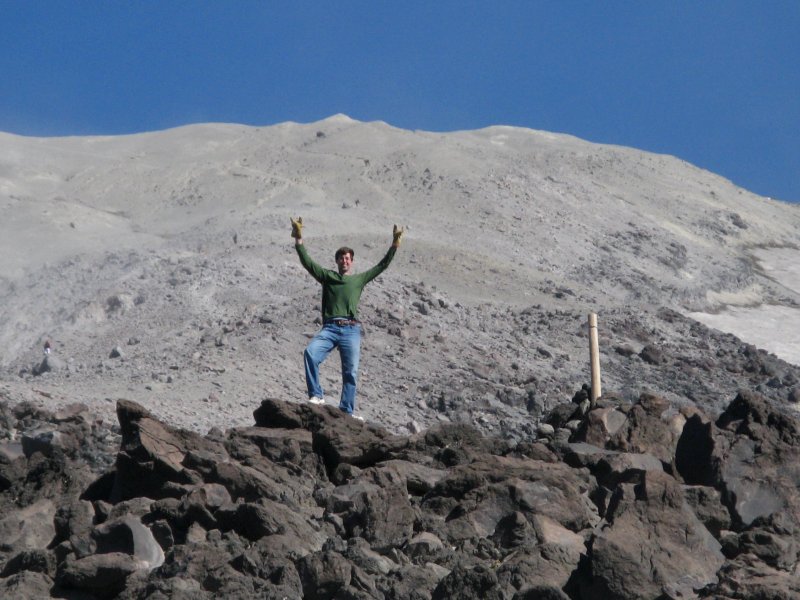 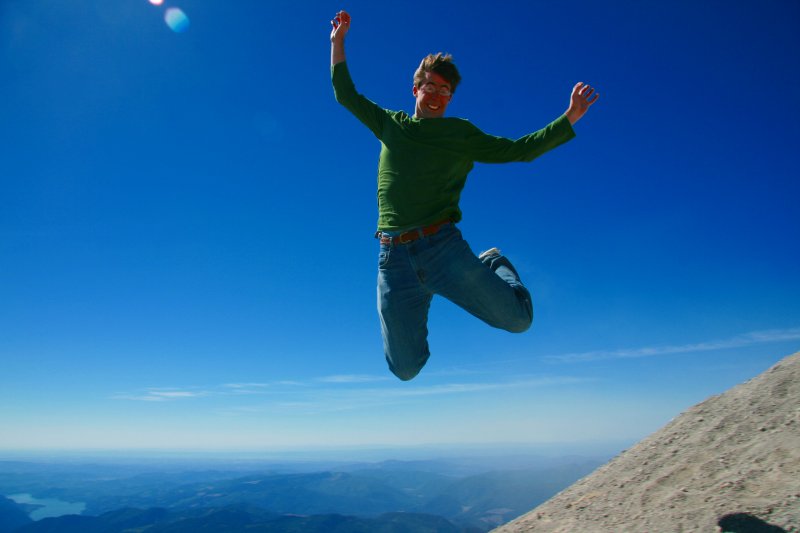 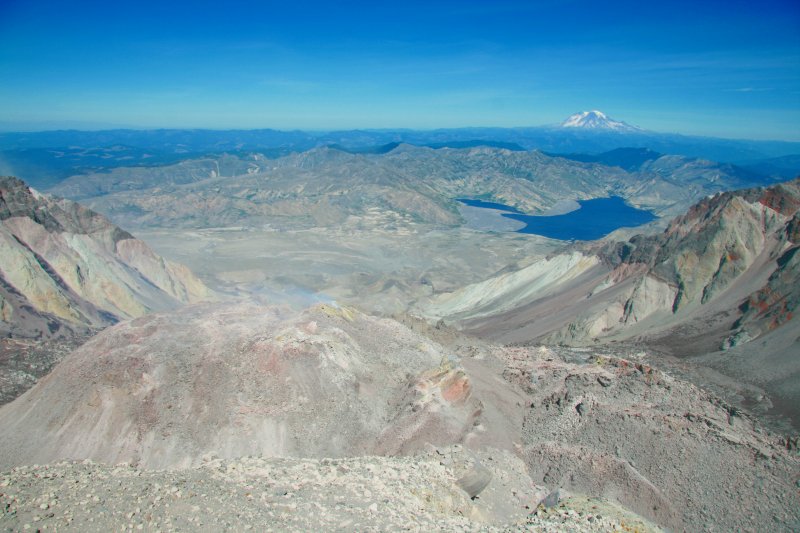 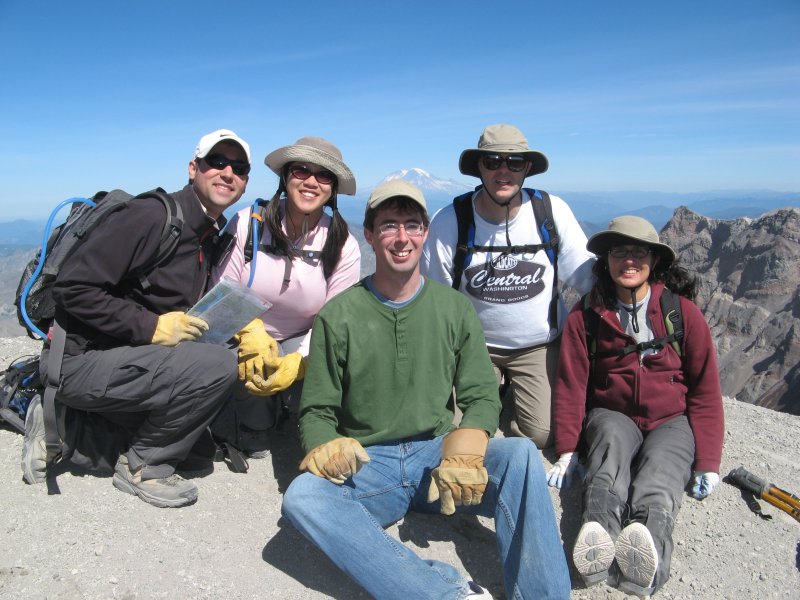