In November I went to Olympia to see Erin. One of the mornings we went to an interesting place on the water for brunch called [[http://tugboatannies.com/|Tugboat Annie’s]]. For $20 you get your choice of breakfast, coffee, and a couple hours on the kayak. It was a great deal, though since it was foggy and cold in November nobody else was taking up on the offer and we were told we could take as much time as we wanted. The breakfast was good (yay Hollandaise), and we read through the binder of instructions while we ate. Then we headed out to the kayaks and picked out a couple and got inside. I went out on the water first, and since I had never kayaked before, only rafted and canoed, was a little unstable at first. I quickly got the hang of it, though, and was soon sliding through the water with ease. 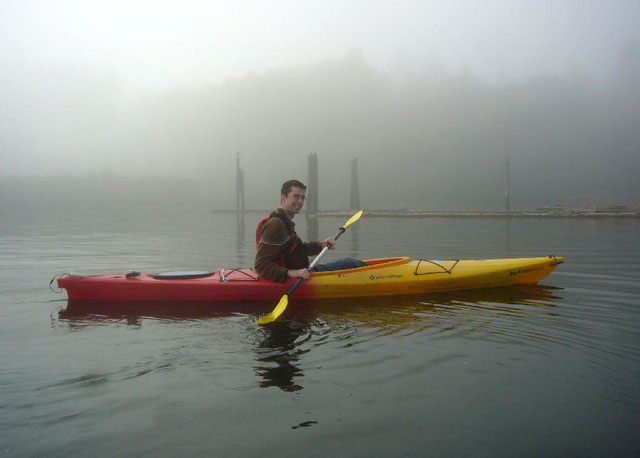 We started off along the Western coast and explored a logging area where they took the logs out of the water and either chipped them or put them on barges or put them on rails. It was hard to tell, and since it was a Sunday morning there wasn’t any activity. In fact, it was dead out. There was a lot of fog, the water was eerily calm, and there was no traffic making noise. We could whisper to each other and hear birds in the distance, but that was about it. 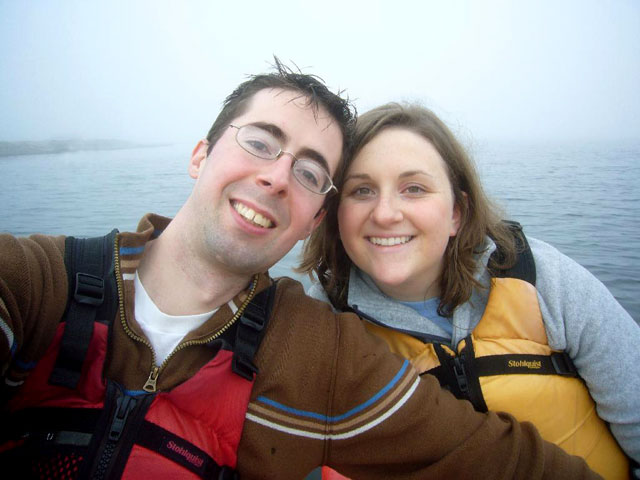 We continued to move North along the inlet, chatting and exploring the coast and piles of logs chained and floating in the water. Once we got to the end of the log pile, which was enormous, we followed it around and went back South. For a while a seal was curious about us and followed us around. 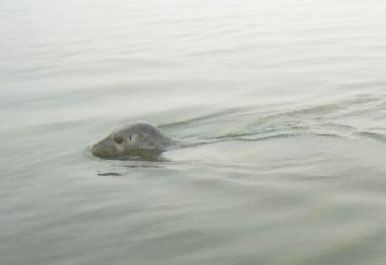 Eventually we made it back to the marina and checked out some of the boats, then returned our kayaks and locked them up, and returned the keys to the restaurant. To our surprise, we had been gone pretty close to two hours, and it was about right for us. It was chilly out, we had done as much exploring as we wanted, and we had had fun. It was a nice little adventure.